And the Winners Are...

Congratulations to all DIY Filmmakers out there!

The DIY Film Festival is proud to present the WINNING ENTRIES!

We congratulate all of you for finishing your film, and its inclusion here is based on a variety of factors including a passion for story telling, utilization of do it yourself filmmaking, casting, editing and the tools that anyone can use to tell a story.
And here they are:


"Still Moon is a 16mm short film, shot in central Oregon and Colorado. www.stillmoonthefilm.com   In the mid-1800s, a small crew of surveyors arrive in central Oregon.  They stumble upon an indigenous tribe, where all villagers have been recently massacred, only to find a young girl as its sole survivor.  Devastated by what he has seen as a result of the westward expansion, Spender, the cartographer of the team, decides to sabotage the expedition...- the old will always fight the new."


Kevin's film recreates a world we no longer know, but that is still familiar for its prejudices, steeped in greed and an inability to see others as fellow humans.  Kevin's film explores the theme of man's inhumanity to man within a world that once represented honor and truth, to open a window into the soul of a world gone by. Filmmaker Kevin Huang took to IndieGogo to finance this story and vision and we at the DIY Film Fest are proud to be able to honor it here. 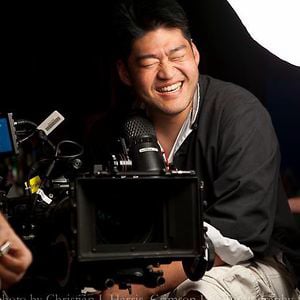 Kevin financed his film through IndieGogo - a DIY artist that we applaud and can't wait to see more of his work!

TWO FOR THE SHOW
Directed by Michael McCallum

"A one-night stand gone wrong at a high school reunion, when a man comes into town to see his dying Father for the last time and encounters an abused woman."

Last year's DIY Fest winner for "Buffalo" Michael McCallum draws on family and friends to populate his universe.  A unique vision, a unique voice, Michael's films show that DIY filmmaking is alive and well in the Midwest.

Two For the Show-Official Trailer from Michael McCallum on Vimeo.


"Inspired by true events; follows 18 year old high school senior, Grace Connolly, who discovers that she has been diagnosed with stage 4 cancer and has been given one month left to live. As Grace struggles to accept that she is dying, she finds strength in those around her and comes to a simple realization, everything will be okay."

Director Luppino takes a story that in another's hands might be maudlin and difficult to tell.  Instead, he delivers a film based on a true events, that one can't help but identify with the characters in the film.  We all will face death at some point in ourselves or in loved ones - and how do we cope with that? Partially financed by a gofundme page, the film delivers on its premise.

LAST WILL
Directed by Aditya Patwardhan


"Two older brothers discover, after their fathers death, that they have a younger brother who they have never met. They then must decide who is going to take care of him otherwise he is going to be sent into foster care."

A simple story about a complex subject.  How would we react if a child was suddenly dumped in our laps, told that they were a blood relative.  Would we do our best to avoid disruption of our daily routine, or would we be able to look at the gift that's been presented to us?


A HAND IN THE DARKNESS
Directed by Matthew Baker

"A Canadian woman openly shares about her dark days as a young prostitute and gang criminal before she connected with the Elizabeth Fry Society in Edmonton on her inspirational journey to becoming an aid worker and advocate for marginalized women."

Director Matthew Baker takes us into the world of recovery - of people who are helping others, as well as the victims.  He also finds a way to introduce us to a Canada we might never have seen before, it's beauty reflected in the tragic stories being told on screen.

A Hand In The Darkness - Trailer from Squirrels of Doom on Vimeo.

"Dave James started running ten years ago and hasn't stopped. He is one of the top ultra-marathoners in the world . He says he likes the endorphin high, the process of turning his body into a machine; it takes his mind off things he'd rather not think about. Through his story, Peter Zander explores grief and the ways we run from it."

Director Peter Zander takes us into the world of a man who has found that running keeps him alive.  Haunted by his past, its his ability to allow himself to be lost in the present while running that has saved his life. An excellent examination of an athlete who uses his skills to define who he is.

COMEDY FILM
ANY DAY NOW
Directed by Albert Uria.
Trailer:
"A short, sweet comedy about how short (and sweet) life can be..." Albert Uria was born on July 22nd, 1973 in Barcelona, Spain. He is a director, producer, and writer, known for his commercial work for brands such as Nike, Ford, Nissan, McDonalds, Ikea, Volkswagen, X-box, and Honda." (IMDB)

In "Any Day Now" Albert Uria gives us a glimpse into his dry comic world.  Beautifully shot, wonderfully directed, the actors pull us into the ridiculousness of a one sided love story with hilarious consequences.


Any Day Now Trailer by Albert Uria from GARAGE FILMS on Vimeo.

Trailer:
"Every year in over 300 villages in Tamilnadu, India. The Mahabharata is performed as a village festival. For 20 days, and 20 hours per day, the epic is narrated as story, performed as village rituals, and enacted right through the night as theater."

From the director: "Both Kailasam and I were fascinated with the little festivals we would cross across during our drives to various shoots. To most, they would seem like a nuisance with loudspeakers blaring and the traffic generally disrupted. To the academics, they seemed to hold no interest either as these festivals were too 'small' and disparate, for any coherent theory to be constructed from them; and they did not interest religious scholars as they could not be put in any framework of religion as it is commonly understood; but as they say, these festivals are 'legion'."


"A project born out of a psychologist's search for a solution to contemporary existential dystopia among his students, is brought to life through the metaphor of Plato's "Cave." Filmmakers follow an orchestra into a giant cave in the Romanian forest, where they give an epic outdoor concert which becomes therapy through art."

A fantastic short documentary that explores an event that is staged in a cave in one of the oldest forests in Romania.  The premise of the film - that people are bored and need something to do or perform is beside the point - there are people in Romania who will move an entire orchestra into a cave in the forest and thousands of people will arrive to watch a classical performance there.  Breathtaking and fun at the same time.

"A young boy, born from the roots of the earth, searches for his one true love. Someone that is the right fit."

An unusual love story told through animation - two hearts beat as one in all of its permutations, and learning how to find one's soul mate.  How do we tell if someone is "the right fit?"  Apparently it's something that "just fits."

The Right Fit from Ball State University Animation on Vimeo.


"When the cost of a filmmaking is as much as a pencil and a piece of paper, then we'll have true art."  Jean Cocteau