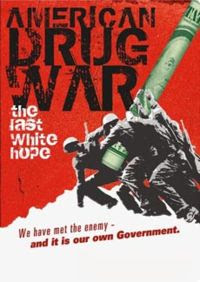 The DIY Film Festival is proud to talk about.. itself! We've had a lot of talented filmmakers in the past 8 years, and we want to brag about a few of them. Early winners from the festival, include Jeff Wadlow, (Tower of Babble, 2002, and Katching Kringle 2004) who won awards in two festivals, once for a comedy short, and another year for an animated short. He went on to win the Million dollar Chrysler Film Festival, and then Jeff went on to direct the feature film Cry Wolf in 2005.
2006 BEST DRAMATIC FEATURE and BEST DIRECTOR for "SELF MEDICATED" filmmaker Monty Lapica went on to release his film theatrically after winning numerous other film festivals.
2006 BEST FILM "AMAZING GRACE: JEFF BUCKLEY" went on to win numerous other film festivals, as well, the terric and moving portrait of the winger, and is awaiting release on DVD.
The 2007 Festival included recent theatrical release "Last Stop for Paul" by director Neil Mandt. "Last Stop" went on to win awards i 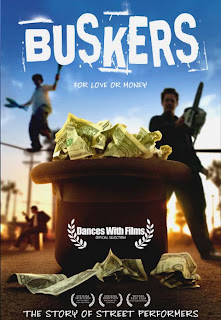 n 45 film festivals and was released theatrically this past spring. And finally, last year's Documentary feature winner "The American Drug War: the Last White Hope" went on to win numerous awards and was purchased by Showtime where it made its debut in March and is now on DVD. Congratulations to director Kevin Booth and kudos to all the filmmakers who've allowed us to get a glimpse of their careers early on! Keep up the good work!!

Last year's winner Best Film "Buskers" is showing at the upcoming Coney Island Festival on Sept 8th.
Posted by Curated Content at 12:17 AM No comments:

Just to recap.. for those who are new to the blog..

LOS ANGELES (Feb. 12, 2007)_ The hilarious comedy "Last Stop For Paul," the tale of two cubicle-bound workers who take an inspired trip around the world with a dead friend's ashes, has been named Best Film at the 2007 DIY Film Festival, which concluded Sunday.

The film was screened as part of the 2007 DIY Convention, which took place Feb. 9-11 at the historic Egyptian Theatre in Hollywood.

In "Last Stop For Paul," director Neil Mandt improvises a film based on the idea of a worldwide journey seeking both pleasure and to honor the memory of a departed comrade. Using local amateurs and actors he picks up along the way, Mandt crafted a hilarious film from a cast that the makers of "Babel" would envy. For his innovative use of resources and his flair for storytelling, Mandt wins the 2007 DIY Film Festival "Best Director" honors to go along with his best film award.

A special award was granted acclaimed writer/director Henry Jaglom, who was named "DIY Filmmaker of the Year" for his vast body of independent filmmaking, which includes 16 feature films. Jaglom was honored at a special Saturday evening screening of his latest film, "Hollywood Dreams," and participated in a post-screening interview with DIY Film Festival programming director Richard Martini and lead actress Tanna Frederick.

The other winners of the 2007 DIY Film Festival include:

BEST DRAMATIC FEATURE – "SHAMELOVE"
In the vein of "Fight Club," a group of friends decide on a novel way to pick up girls: staging a street mugging and then pretending to save them. But things go downhill when one of the friends falls in love with a victim...

BEST SCREENPLAY - "UNDER THE MUD"
An uproarious comedy depicting a dysfunctional family from Liverpool. Reminiscent of "Little Miss Sunshine," the story revolves around a young girl's first communion and her completely wacky family, all told in DIY fashion with residents of Liverpool as the cast.

BEST COMEDY FEATURE – "BIGGA THEN BEN"
Two Russian slackers move to London to scam their way to riches in two weeks. Thoroughly exploring the immigrant underworld of the UK, this film manages to feel like a "Borat" through the eyes of two hip Eastern Europeans.

BEST DOCUMENTARY – "THE LAST WHITE HOPE"
Director Kevin Booth exposes the people behind the so-called "War On Drugs" proposed by the Nixon administration and still operating as government policy – or is it? Featuring interviews with a former DEA agent, a conservative judge and other political leaders, Booth uncovers the lies and conspiracy theories of the drug trade.

BEST WORLD CINEMA - "JAB" (Trinidad)
A famous "Jab" dancer passes along his secrets to dancing, life, love and native cooking to a protege.

BEST DOCUMENTARY SHORT – "MARKETING THE MESSAGE"
An insightful and funny look at the new Christian evangelical movement through the eyes of Stephen Baldwin, punk rockers and skateboarders.
.
BEST COMEDY SHORT - "SPLITTSVILLE."
A guy loses his girlfriend and goes through an unusual fantasy of what happened – a dream where all the characters are played by her.

BEST DRAMATIC SHORT – "THOMAS IN BLOOM."
Touching story of a young boy whose attempts at communication with his grandmother are stifled until he realizes she's hard of hearing.

BEST ANIMATED FILM – "TENGERS."
This clay-mation animated feature from South Africa takes a look at life and love in Johannesburg.

BEST STUDENT FILM – "PERSPECTIVES"
A fresh and unusual look at a relationship told in split screen, and sometimes in triptych, where our hero's running monologue with himself is played in variations until he gets it right.
Posted by Curated Content at 11:46 PM No comments:

CALL FOR ENTRIES The International Film Festival Submission System
The DIY Film Festival prefers paperless entries submitted via The International Film Festival Submission System (BrigitFest) – on the Web at Withoutabox.com. Withoutabox provides cost-saving, online entry to major film festivals throughout the U.S. and in Europe with one master entry form, allowing you and us to enter your film more quickly and with greater accuracy. This method is free and easy. Members who choose to join Withoutabox also get $5.00 off their Entry Fees, plus the advantages of Extended Deadlines and Online Press Kit submissions. Click over to Withoutabox, then follow instructions to apply online:CLICK HERE TO APPLY
Posted by Curated Content at 10:48 PM No comments: