Couldn't make it to the Cannes Film Fest? 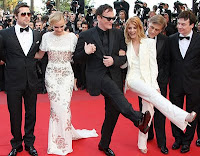 The DIY Film Festival is please to announce that we're going to be screening some of our films outdoors at the "umami urban" Cafe in Hollywood on July 5th.


It's a very cool venue, an outdoor patio with a huge screen, state of the art speakers, with the some of the best burgers being served (check out their menu and full bar) next door.  This is something the umami folks have been doing in the past, having outdoor screenings next door to their restaurant, and they offered us a night to highlight some of our DIY festival films.

A Link to their home page: http://umamiburger.com/umami-urban/

Parking is a bit tricky, there are numerous pay lots nearby, be careful to read the signs if you street park.
So if you're in Hollywood around the Nation's Birthday, come on down!  The list of films to be screened is evolving as we speak, there will be some former winners, and perhaps a film or two from the upcoming festival - we'll contact each filmmaker to see if they're available.

It's part of our DIY concept to feature the entrants at festivals and screenings around the city, to allow more folks to get a chance to see these amazing films.  The screenings will begin at 8 p.m., and after consulting with filmmakers, we'll post a screening schedule.  But all of them will be excellent, edge of your seat entertainment. Hope you can make it!!!!

RESOURCES for the DIY Filmmaker 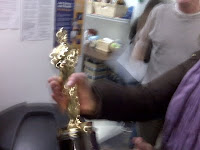 
Ted Hope's "HOPE FOR FILM" is a great resource for the DIY Filmmaker.  Here are some random clips from his website listed below:

Creating a fan base:
http://www.filmmakermagazine.com/issues/summer2008/audience.php

These are just a sampling of sites from Hope For Film.com - a blog by Ted Hope, Producer of a number of Sundance films, geared to the DIY Filmmaker.  Check it out here: http://blogs.indiewire.com/tedhope

Just putting up a random link to a book on DIY Filmmaking.... for those in need!
Posted by Curated Content at 2:38 PM No comments: