We've been getting in quite a few films from around the planet - first off, congratulations on finishing your film! It's so very cool to be able to actually sit back and watch your finished project.  So congratulations are in order and its key to celebrate every step of the way!!!


DIY Fest co founder Rich Martini with FFC, Dean Tavoularis, Ed Bradley foto by John Glenn, NOLA
We at the DIY Film Fest are thankful for all the terrific filmmakers who take the time to find us and submit their films. We've been around for ten years, and the reason is because we do really care about completely independent film - if you build it, they will come.  If you film it, and cut it, and finish it - it will be seen.  Okay, not as catchy, but true either way.  As you may know, we began as an offshoot to the DIY Convention - (www.diyconvention.com) which highlights the best indie projects in music and books.  They're still going strong as well, and we join forces every year for a mutual love fest of do it yourself filmmakers and authors.

One of the biggest questions we get asked is about DIY Distribution.  We usually point people in the direction of those who've been really successful at it.  CD Baby is still going strong in the music world, and has spawned a number of other DIY music labels - (www.cdbaby.com) - but the model makes sense in finding a way to market and sell your product.  We're also a fan of Create Space (www.createspace.com) which has been purchased by Amazon - so if a filmmaker decides to market and sell the product by themselves, create space is a logical outlet as the resulting product is listed through Amazon.com.  They offer DIY packaging in simple (well, not totally simple, as little knowledge of how jpgs and photoshop helps) ways to producer your music, book or film and get it into the marketplace. They also offer live streaming of those films. 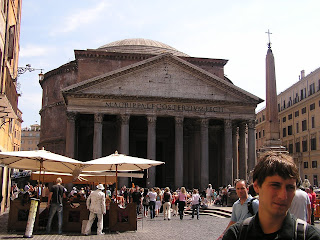 We've got submissions from Italy, Romania, Hungary, Japan, India, Australia and New Zealand!
That puts the publicity into the filmmaker's own hands - and is key.  Let's say you can get your film into a festival at a college near you - you approach the college paper and ask to do an interview for the film, and list the website for the film when its shown. If the website includes a way to purchase the film, it's just another way to maker and sell your product.  Certainly putting up clips or trailers at youtube helps (see the panel to the right) but to include a link to the film's home page where someone can purchase it with a click is also a way to go.

The world is your oyster, and that's why we folks at the DIY Fest are happy to encourage any and all filmmakers to get their vision out into the planet. There's never been a time like today where anyone can pick up a camera and create something for people to see.

"When the cost of filmmaking is as much as a pencil and piece of paper, then we'll see true art." Jean Cocteau
Posted by Curated Content at 3:05 PM No comments: