Hi all, we're gearing up for a summer screening in Santa Monica.  It's going to be the first or second weekend in July, done jointly with our friends from FLYING SAUCER'S CAFE in Santa Monica. 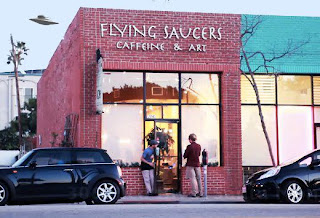 We thought for the first joint film screening, discussion, we'll focus on films that are SCI FI in nature about aliens, or anything that fits with the theme of Being Out There.  We've got quite a few in that category - and some really excellent ones.  So stay tuned for more details.

The screenings will be a VIDIOTS next door, and afterwards a bit of a bash or just chit chat at the greatest coffee shop on the Westside - of the Universe that is - where laughs and chatter are required.  DETAILS TO FOLLOW!
Posted by Curated Content at 12:10 PM No comments:

Ah, it's that time of year ago, for the annual fest on the beach in Cannes.  It's never too late to get on a plane and go to the festival even if you don't have a nickel!  There are all kinds of stories of filmmakers who wind up sleeping on the beach at night.

(If you want a laugh, there's the film "Cannes Man" at itunes - which is the fable of one such story).  Also Henry Jaglom, a past DIY Filmmaker recipient made "Festival In Cannes" which also explores all the of the ins and outs of the fabled festival.

But the festival allows us to talk about the concept of film festivals in general.  Do your research when you are thinking about heading off to enjoy one - there's nothing quite like mingling with fellow filmmakers and sharing ideas and notes about how to make the next step.  Sundance is certainly a place where that happens, and Cannes is one where international filmmakers come to figure out how to get their next film going.  It is a process,there are protocols to follow, but I can speak from experience; there isn't a film festival on the planet that is quite like Cannes. 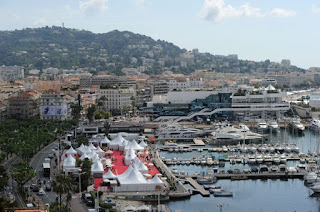 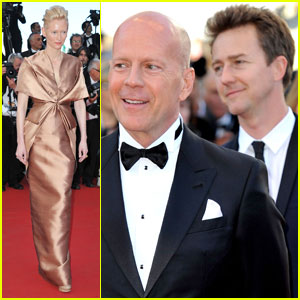 So if you Cannes, then go to Cannes.  That's all. (just wanted to get that pun in there).  If I see any news of DIY Filmmakers getting their films seen, or a novel idea comes across the net,I'll repeat it here.  Bon Voyage!
Posted by Curated Content at 3:47 PM No comments: