The mother of all film festivals opens today in the Cote' D'azur.  For DIY Filmmakers it may seem like a long way off - but fear not, your intrepid webmeister has been a few times and has some tips about the Festival. 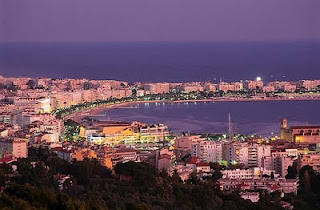 1. If you can go to Cannes, go.  If a friend has a film playing, if your uncle has a couch nearby, if you have a friend of a friend who thought about going; go.  It's a rare opportunity to meet and greet filmmakers from across the planet. 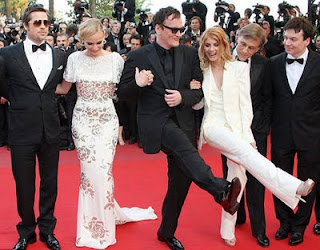 2. How do I get into film screenings and parties?  I should write a book about this one. "How to get by in Cannes on no dollars a day."  I went for six years in a row at one stretch, and had more fun than a barrel of monkeys.  "Where there's a will, there's a way" has always been the DIY motto - just doing the circuit on the Croisette, going into the various film suites in the Majestic, Carlton and others, is a way to meet people, and ask if they know of any parties or lunches.  If you state loudly and clearly "I'm a filmmaker from such and such place and I have a film I made (even if its DIY) and I'd like to show it to someone" - they have no idea if you're the next Tarantino.  You might be. Lisa Tarantino too. 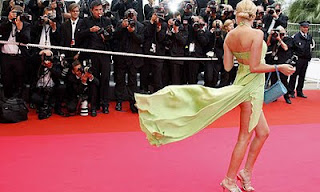 3. People are jet lagged, tired and usually tipsy by the time they are walking around Cannes. I've met and spoken to just about anyone you can think of in Cannes - not because I was trying to sell something, but because I'm generally interested in people and what makes them tick. That being said, heading into the American Pavilion is a way of meeting fellow travelers ("How do I get a pass? Go down to the main office and use your passport, a business card with your name and film on it to get yourself a pass.)  They're trying to keep non filmmakers out, not people like yourself. 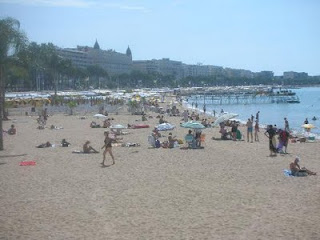 4. Think outside the box.  Want to get a ticket to an event? Find out who the publicist is and stop by their offices, see if you can hire them for a day (it's not unheard of) to publicize what you're up to - and in return they may get you some tickets to events.  That's kind of how it works - you don't need money per se, but if you don't have it, you should bring some charm, wit and a gift or three.  Quid pro quo.

5. Where do I stay if I can't afford a hotel?  Believe it or not, there are all kinds of places to stay - I've rented couches, foldouts, I know some folks snooze at the train station and use the shower facilities. Basically the parties go all night, you need a bed to stash your stuff.  The ideal thing is to join a group of friends who want to go as well - and get one room and use the floor.  Chances are, you'll only use the room for showers anyway. (or like Entourage - use the beach!) 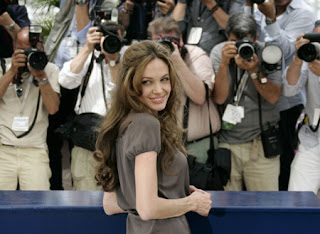 6 . Don't be afraid to say hello. It's a long way to get to Cannes and everyone is a stranger in a strange land - if you like someone's work, tell them.  After all, the difference between standing behind the velvet rope and snapping pix, and being on the other side of the rope and walking the red carpet may be just a matter of happenstance.  I know, I've done both.

8. The story of the film biz is littered with folks who were "DIY Filmmakers" who eventually ended up on the other side of the red carpet. Steven Soderbergh. Quentin Tarantino.  Michael Moore. If there's a compelling reason you want to be a filmmaker, then you need to find other filmmakers, producers, writers, directors, financiers, and let them in on the secret.