Just a note from the Festival Programmer wishing you all a Happy New Year.

We've got a fantastic batch of films this year, and just wanted to say thank you to all the filmmakers out there who've submitted to our festival, now in its ninth year.  One never knows where the next blockbuster filmmaker is going to come from, as well as where the next poet will sprout his or her wings as a film maker. 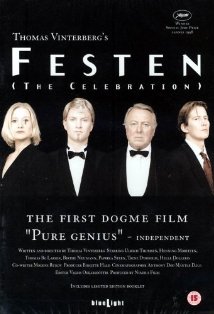 The digital revolution has transformed film making, and by putting the ability to make compelling stories into the hands of film makers has turned out to be a boon for creativity.  Time and again we see films that are not about delivery but about content. As Thomas Vinterberg showed with his opus "Festen" (Dogma #1), which was filmed on single chip hand held digital cameras back in 1995, the more compelling the tale, the more successful the film.

Documentaries have been transformed as well - no longer hampered by the cost of footage, or the size and intrusion of cameras, filmmakers are able to go places and tells stories that were never possible before. And through the ability of story tellers to bring their tales to the public in a DIY fashion - through the internet, through their web pages, through word of mouth - has made the experience of gaining an audience truly democratic.

That being said, the ability to make a living doing what you love has remained about the same - starving artists who could only afford paint brushes and a few colors (Picasso's "Blue Period" for example) continue to make compelling and interesting stories, even if they aren't getting paid for it.  That being said, there's something to be said for doing what it is that you love, whether its painting, music or film - or all three.

The influence of the independent digital movement has been profound; one only has to look at the film makers and film making behind Oscar worthy films like "The Fighter" or "Black Swan" to see films that aren't dependent on huge budgets; they're dependent on good story telling and compelling characters. Both David Russell and Darren Aronofsky began their careers in the super low budget independent world, and their film making styles continue to be innovative and influenced by digital cinema in their work.  The use of digital footage and innovative camera work in "The Fighter" helped keep the story grounded. At the end of "The Fighter" there's even a snippet of the real brothers the story is based on - who wouldn't want to see a documentary about those two characters?

The DIY Film Festival was born out of a desire to honor and highlight those films and filmmakers who didn't spend a fortune to make films or weren't backed by large corporations - the films are made with blood sweat and tears of creativity.  It's also a venue to honor and showcase those films and filmmakers that might be overlooked by those in the so called independent cinema because their stories or format don't fit the paradigm as prescribed by the current powers that be.  As such we've honored some amazing films and film makers over the past decade.  So as we enter into the next decade of 2000, we're please that so many of you continue to craft and create such compelling films.

Last year's winner Jamie Surgener has continued to make short films, and I stopped by his Vimeo page to see what he's up to.  "Avabot" was last year's amazingly clever winner, check out his latest short film "Steve Austin vs. David Banner" here. We're in awe of Jamie's talent, and we love to keep up with previous winners and their work.  It's only a matter of time before Hollywood finds him. 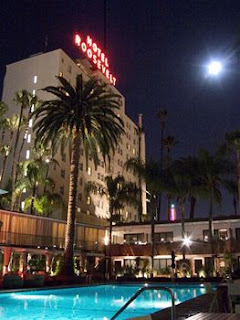 We're pleased to announce that the evening soiree honoring the films has been set for March 4th at the Roosevelt Hotel in Hollywood. More details about the evening will be available soon, but last year's awards ceremony was packed, and the festival winners had a fantastic evening mingling with Hollywood notables and celebrating their films.

Home to many a Hollywood legend, the Roosevelt (directions) was also the sight for an early Oscars party.  We look forward to announcing the films and filmmakers who've made it to the finish line in February, and then look forward to spending an evening with you where we honor those films and filmmakers, and mingle with some film industry movers and shakers who can be a sounding board of how to take the next step in your filmmaking career.

Good luck to all of you and keep up the good work!